A tourism group is calling for more investments and a change in how Alberta manages outdoor recreational activities within provincial Crown land as a new study found the industry raises millions in revenues each year.

The Tourism Industry Association of Alberta recently commissioned and released a study on such activities in the province that states recreation in provincial Crown lands generated $2.8 billion for the province’s GDP. It also found that the industry drove $375 million worth of spending in the province and accounted for about 36,000 full-time jobs. The report says outdoor recreation creates $551 million in tax revenue.

In response to the numbers, the association is calling on six changes to be made in Alberta to promote and grow outdoor recreation. The group is calling for the province to treat outdoor recreation as an industry that can be promoted and grow rather than an occurrence that needs to be managed. They are also calling for investments in related infrastructure and the creation of an inventory of all current related resources in the province.

“What the study helped to confirm is that outdoor recreation is much more than a favourite tradition in Alberta. It’s also a significant driver of regional economic wellbeing and its importance to the health and wellbeing of citizens clearly took centre stage during the COVID-19 pandemic,” said adviser Darren Reeder in a news release.

Other recommendations include monitoring and measuring the industry’s economy and creating an office of outdoor recreation. They also call for the industry to unify under a collective voice.

The study found that over 90 per cent of Albertans surveyed said they visited Crown land and that outdoor enthusiasts spend an average of $258 per day trip and $757 per overnight trip.

The association’s report stated that jurisdictions around the world are taking a more co-ordinated approach to manage and grow outdoor recreation while protecting their natural lands. They say that if Alberta does not take deliberate steps to do the same, visitors could soon go to neighbouring areas rather than spending their time and money here.

“A deliberate focus to unlock the potential of our outdoor recreation will attract new investment and businesses to the province, create more opportunities for Albertans and visitors to vacation in Alberta, and slow the leakage of visitation and recreational investment that Alberta has been missing out on,” said Reeder.

Paul Hamnett, press secretary for Environment and Parks Minister Jason Nixon, said the province has invested $150 million this past year to enhance provincial parks and has increased Tourism Alberta’s budget by 50 per cent.

“On public lands, more boots including conservation officers, are helping enforce the rules, protect our parks and increase safety,” said Hamnett in an email. “In addition to these investments, Alberta’s government has committed to the Public Land Camping Pass to support the development and maintenance of recreation facilities and to ensure additional enforcement is available to support safe and sustainable recreation.”

Crown land currently accounts for approximately 60 per cent of the province.

Sign up to receive daily headline news from the Calgary Herald, a division of Postmedia Network Inc.

Thanks for signing up!

A welcome email is on its way. If you don’t see it, please check your junk folder.

The next issue of Calgary Herald Headline News will soon be in your inbox.

We encountered an issue signing you up. Please try again

The wolverine's world is shrinking. But they've found a safe haven in B.C. mountains

Wed Aug 3 , 2022
Our planet is changing. So is our journalism. This story is part of a CBC News initiative entitled “Our Changing Planet” to show and explain the effects of climate change. Keep up with the latest news on our Climate and Environment page. In a forest west of Golden, B.C., Mirjam Barrueto […] 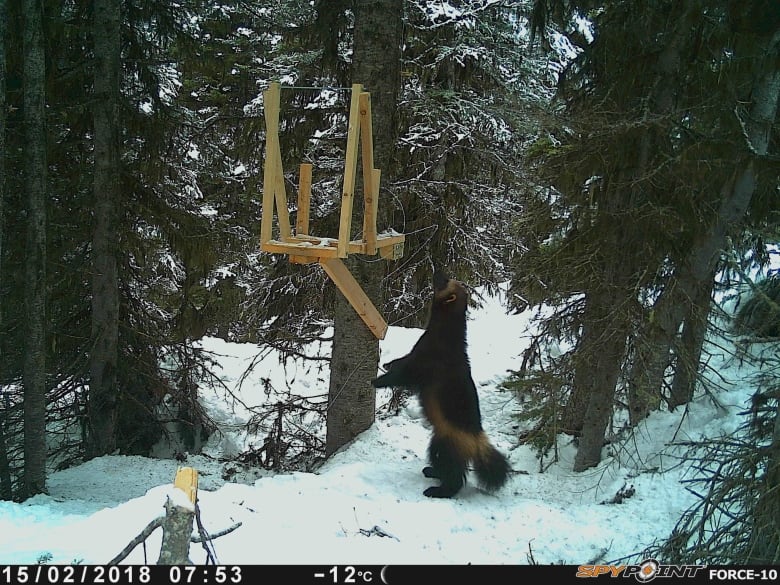